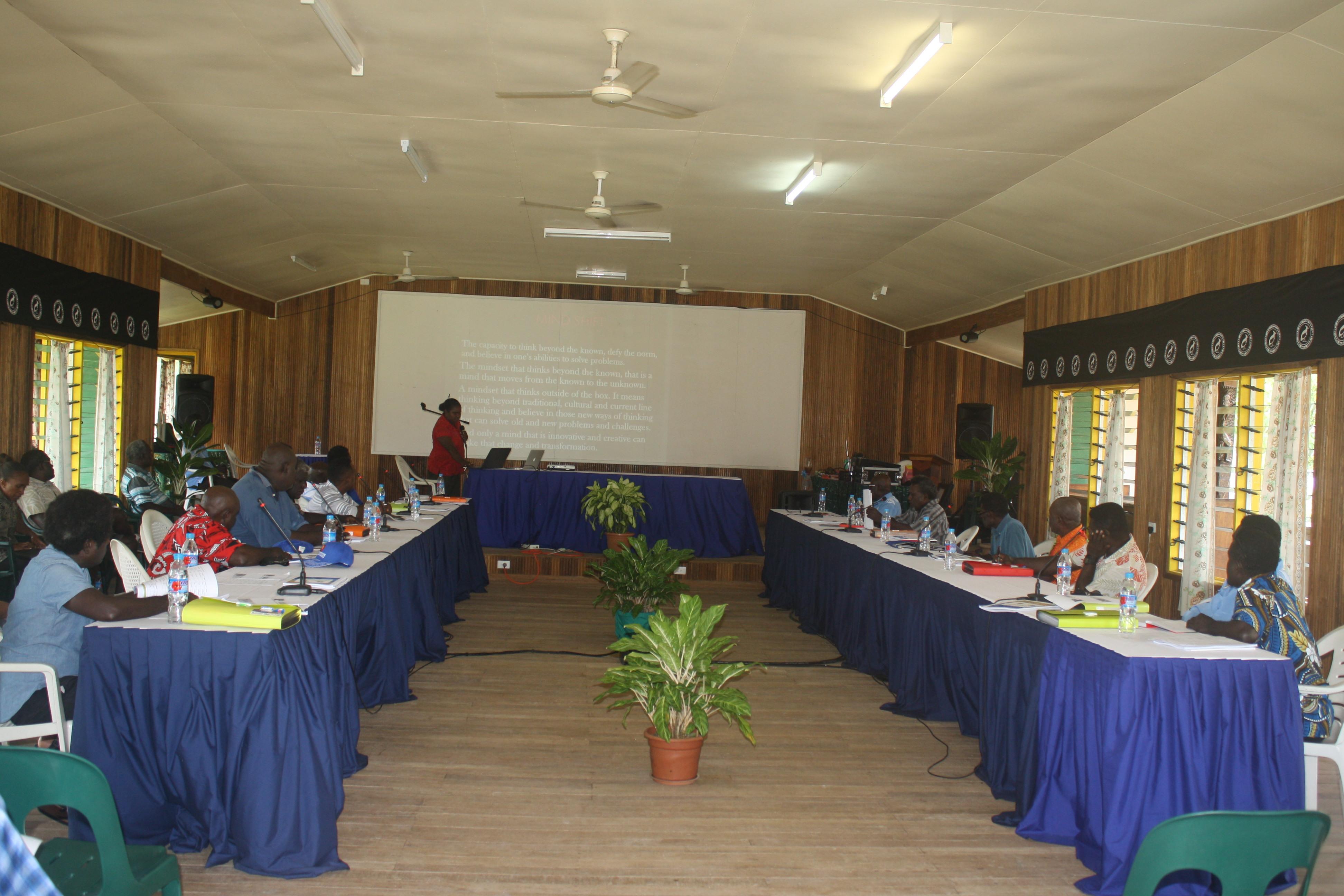 The Choiseul Provincial Government has just had a two-week orientation for the newly elected Members of the Provincial Assembly and Heads of Division.

Most of the Members of the Choiseul Provincial Assembly are new. They found the orientation training very informative and relevant for them. After the training most members indicated that they now have a clear picture of what to expect from the administration in addition not understanding their own responsibilities. As the Financial Management Ordinance clearly spells out the work of what is expected from the administration.

The workshop participants were informed that the final version of the Financial Management Ordinance and the Financial Instructions are  currently being redrafted vetted by the Attorney  General’s Chambers will be made available  to each Provincial Government once it is ready, so that they can table it in the assembly and submit it to the Prime Minister’s Office for gazetting

The closing function was funded by Nesto Giro, the Minister for MPGIS who could not make it to Taro for the occasion but was represented by the Under Secretary Operations. The two-week training was followed by an induction programme organised by governance division of MPGIS who dealt with the PGA 1997 and the MPA entitlement. The Office of Auditor General also held two day workshop funded by their office as part of the orientation of MPAs and to share information of the draft audit bill.