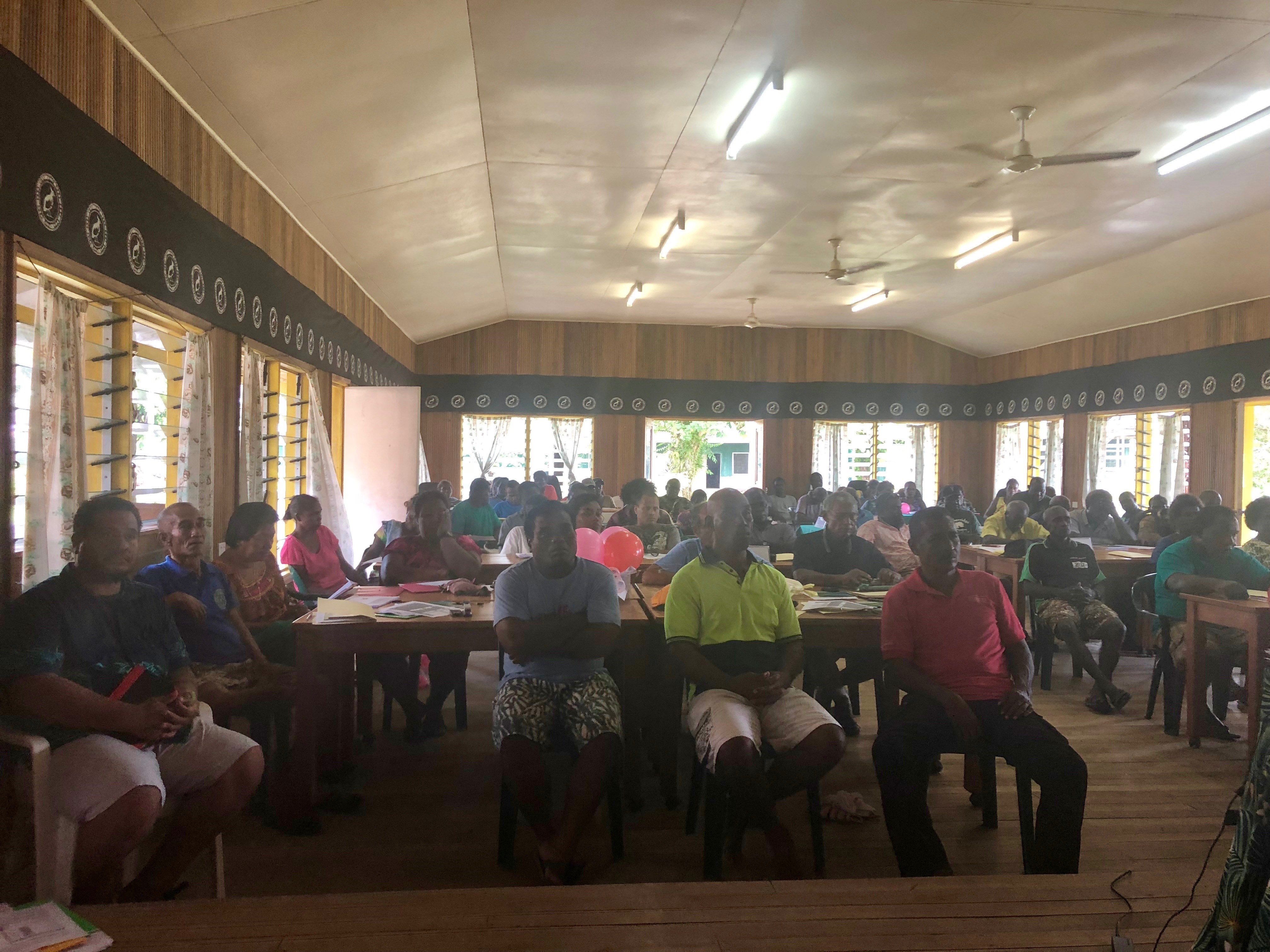 The sixteen ward development committees in all the sixteen wards of Choiseul Province have now successfully conducted their second meeting in their various venues within their respective wards.

The meetings minutes submitted to the Planning Division of Choiseul Province has showed the depth of discussions which each Ward Development Committees has done. So far this has been the first meeting in which serious discussions were held since the Training that concluded in July.Provincial Activities

Although there are  few gaps that need to be strengthened, the planning division would still like to acknowledge the efforts each chairperson  has made  to try and coordinate things at the ward level. With the end of the financial year approaching the Planning Division is trying its best to make sure all submissions were screened and prepared to be inserted into the new budget for 2019/20.

Most of the submissions made by the Ward Development Committees are based on Water and Sanitation projects. This is a felt need for most communities. All three-year plans from the Ward Development Committees are now in the process for costing before presenting the  to PPDC. The Works and Planning Division are trying to cost the projects before the PPDC meeting in January. The process of doing the bill of quantity is now facilitated by the presence of the resident engineer.

We wish the Ward Development Committee members a Happy Christmas Celebrations and a prosperous New Year 2019, and look forward to more collaboration for the betterment of the people in Choiseul Province.